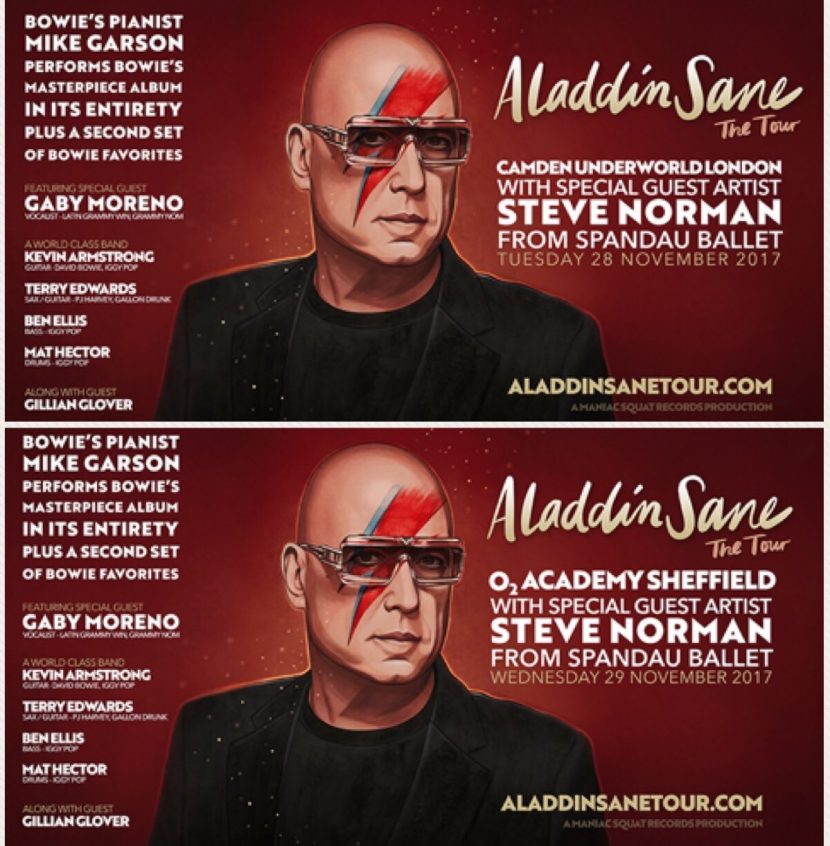 Whilst Mick Ronson was a shining star on the guitar driven Ziggy Stardust album, it was Mike Garson and his piano performances on Bowie’s next album, Aladdin Sane that revealed the piano man’s talents and helped to define that album’s sound. Bowie famously gave Garson carte blanche to play in an avant-garde style with which Garson was then experimenting. The result was the album’s title track and has become one of the most talked about piano solos of all time.

I was lucky enough to perform with Mike at the beginning of this year at the Celebrating David Bowie event in Brixton, London. I now get the chance to share the stage with him again at the end of November in London and Sheffield when Mike and his band perform Bowie’s masterpiece, Aladdin Sane in its in entirety plus a second set of Bowie favourites.