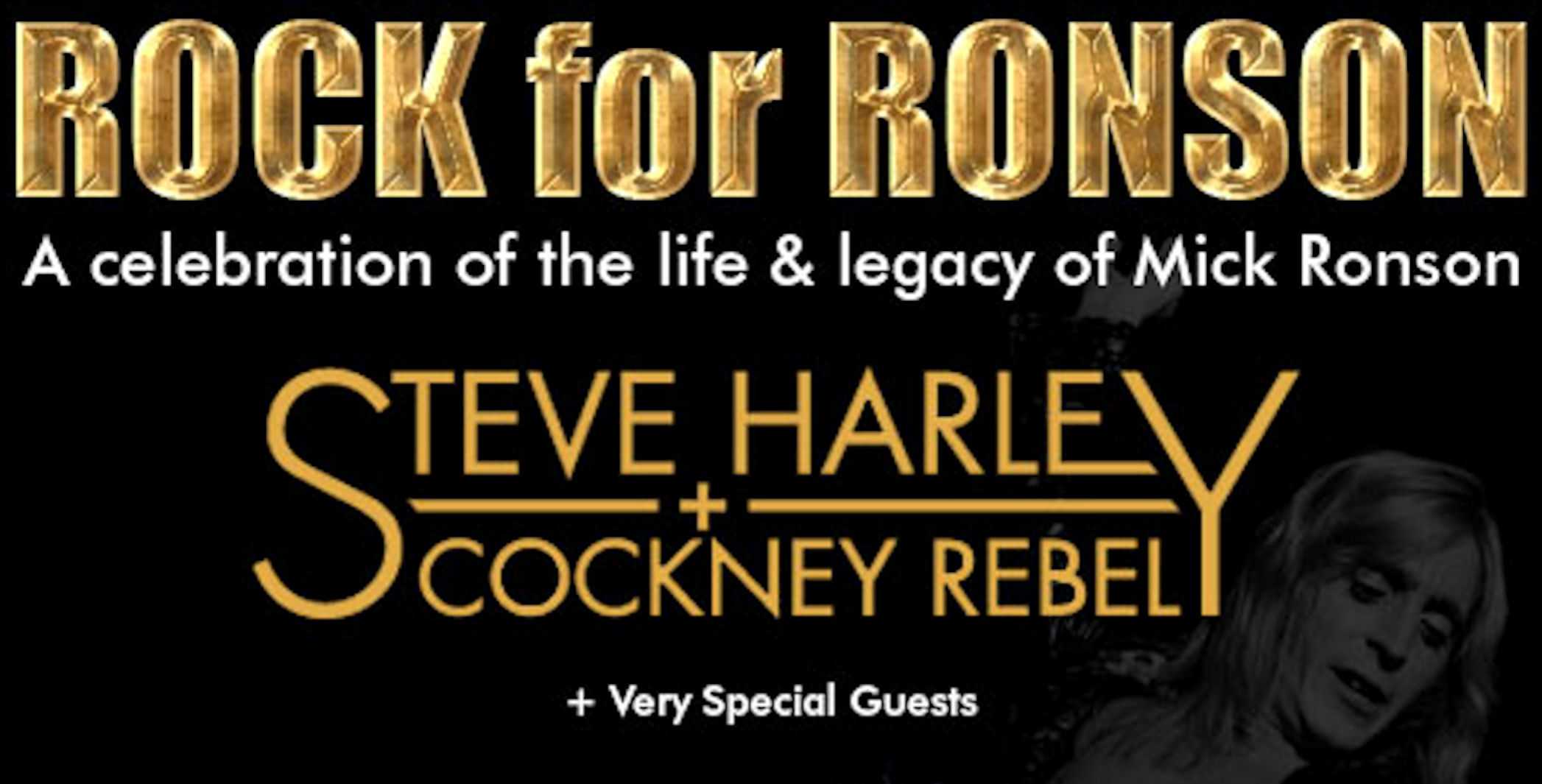 I will be joining Steve Harley along with Mick Ronson’s daughter Lisa, his sister Maggi, Bowie guitarist Earl Slick, Paul Cuddeford and other special guests for a concert in honour of the legendary Mick Ronson.
“Rock For Ronson” will take place at the Hull City Hall on April 23, 2016.

All profits from the event will fund a memorial to Mick which will take the form of a scholarship for local musicians.

I am very proud to be a part of this special event.
For many years I’ve felt that Mick Ronson’s contribution to music was all too often overlooked. And I’m not alone in this. Among Bowie fans there was a singular moment of my generation which changed our lives forever musically. And that was the performance of “Starman” on Top Of The Pops when Bowie draped an androgynous arm around Mick’s shoulders. That was boarding on scandalous in 1972:

Mick and Tony Visconti were crucial in aiding Bowie in his search for his sound back in the early 70s. For example, Mick’s first ever orchestral arrangement was ‘Life On Mars’. I mean, just listen to it…It’s an incredible piece of work! Especially right at the end when the song slows down for dramatic effect and the orchestral stabs are punching the air ’til the resolve when everything falls back into place. What a journey they took us on with that song.
A lot of the song’s emotion was down to Mick’s orchestral arrangement.
Since Bowie’s passing I haven’t been able to listen to it, it’s just too emotional for me. For me that is due to Mick’s contribution as it is Bowie’s.

There are many anecdotes and stories which we must all keep telling about those who have passed over in order to keep their memories alive. In the case of Mick Ronson I can’t think of anyone more suited to host the night than my dear friend and Mick’s, Steve Harley.
Because if anyone’s got the stories, it’s Steve Harley.