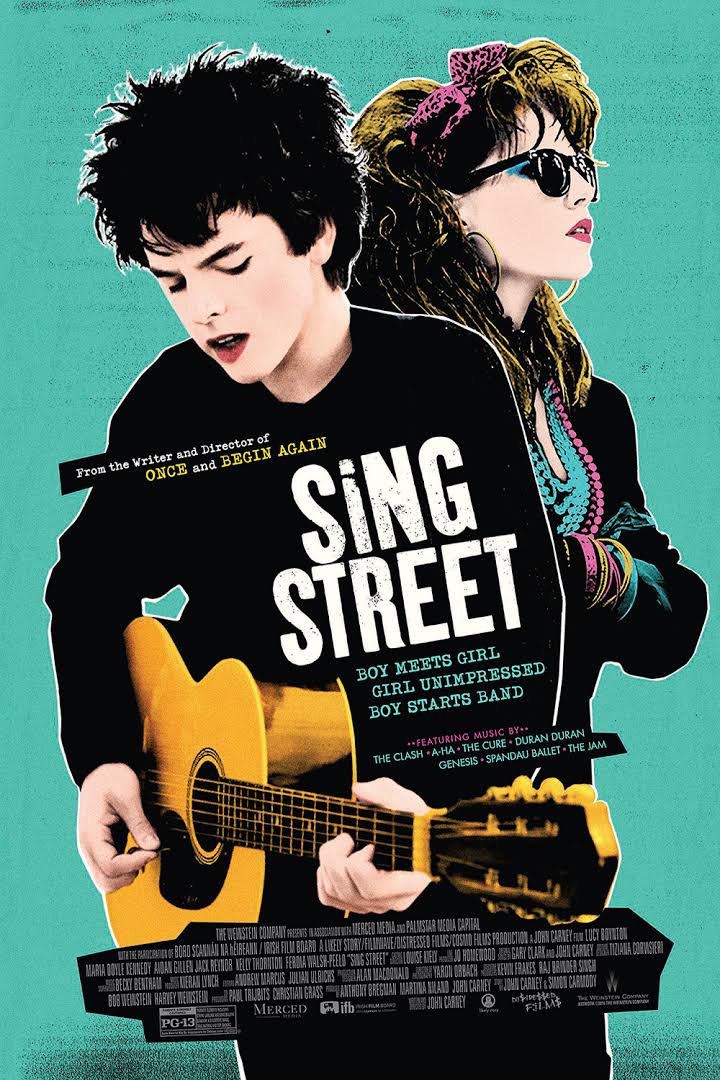 Today Steve did a few interviews for radio and press in Berlin for the film SING STREET. The movie hit the theatres today.

Steve had the chance to see a preview a few weeks ago and really enjoyed watching it. He was asked by ARTHAUS if he wouldn’t mind talking about it next time he’s in Berlin. And today was the day and it coincides with the European release of the film.

And here’s a little message for you:

“Whilst in Berlin recently I was lucky enough to attend the preview of John Carney’s latest film, Sing Street. It’s a wonderful film with a feelgood factor and a cracking soundtrack.
It’s about a kid growing up in Dublin who wants to impress a certain girl by forming a band. As you do.
As it’s set in the mid 80s you can guess the kind of soundtrack that accompanies it. It’s an eclectic choice from the decade plus additional original tunes composed by Carney himself and ex Danny Wilson member, Gary Clark (remember ‘Mary’s Prayer?).
Between them they manage to make these new tunes sound like they were released some thirty years ago.
The film’s charm lies not only in the way that he deals with school bullies and the tensions within his family but how he morphs from one band’s look to another as he searches for his own identity under the guidance of his older brother who somehow missed the musical boat when he was younger.
In one scene he’s apeing The Cure’s Robert Smith, the next he’s an amalgamation of a couple of Spandau’s. And yes, there is an SB tune buried in there somewhere.
Like ‘Soulboys Of The Western World’ you don’t have to like 80s music to like the film… but it helps. And I guarantee you’ll come out of the cinema with a big smile on your face.”

BYTE FM are going to air a special about the film and its O.S.T. including some of Steve’s quotes on June 1, 2016 from 12pm on.

And last but not least here is a little video message from the ARTHAUS Facebook page including the opportunity of winning a couple of free tickets: